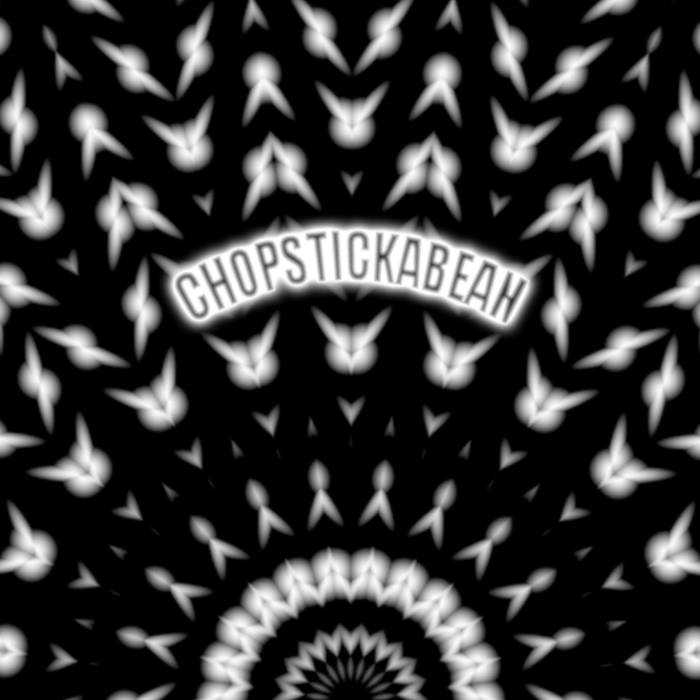 This is an album created half by Channel TEN artists and affiliates, and half by Hot Head Show's most talented fans as chosen by TEN.

Every one of these derangements is built from the stems of Hot Head Show's original studio recording of CHOPSTICKABEAN, an early classic from The Lemon LP that was never released as a single.

Further informations regarding derangements' respective personels can be read here now, with further links to further works linkable from each track's respective links.

CHBEAN 01 : MAXIMAL CIRCUITOUS is the pseudonym sometimes adopted by cult legend Circuits Maximus, to separate this more radio-friendly sound from the generally darker, higher-brow side of his career.

CHBEAN 02 : SOCCER96 is among our most celebrated TEN representatives, a pairing of Tottenhams' BETAMAX with Brighton's DANALOGUE, who met on a silent meditation retreat in Cambodia. Usually S96 make music for the future of the 70s, but this derangement was calibrated deliberately for the Radio One Friday-Night Drive Time through which it has been so successful. Watch S96 video entertainments on Channel TEN : bit.ly/107wp8S

CHBEAN 03 : CONEHEAD is a famously obscure figure in early 21st Century music, largely eschewing the social media so rife amongst his contemporaries . Rumour maintains that Conehead was once the drummer in lately defunct avant-pop group National Snack, one-time giants of the North London Mungrul Scene.

CHBEAN 04 : Once described as "the Alan Lomax of Avant-Bang", Craig Moose retired from his oft-celebrated work as a cultural archivist in 2008 to focus on attaining a PhD in Conflict Transformation Through Music. For several years we heard nothing of his whereabouts beyond occasional tweets from obscure war-torn backwaters through which he spent the best part of four years travelling with nothing but a Samsung pay-as-you-go handset and a small leather suitcase filled with ethnic percussion. Just as TEN was embarking on this derangements project, we heard that Dr Moose had settled finally in Leeds England, having impregnated a local girl with strong ties to the musicological community. After lengthy negotiations we managed to persuade him to create this startling derangement which, we hope you'll agree, has Conflict Transformation evident at every level of its deliciously sophisticated construction.

CHBEAN 05 : BUFFALO SONGBOOK (or BuSo BuSo) seems to have started as an experimental banjo project in provincial Uruguay, just north of José Ignasio near the Argentine border. Now resident in Surbiton England, Buso Sobu (or Bubu Soso) do regular remix work for TEN in between floor shifts at the Surbiton branch of a major pizza restaurant franchise.
www.facebook.com/buffalosongbook

CHBEAN 06 : CIRCUITS MAXIMUS is the professional moniker of N. Boulton who, in his capacity as Vice President of Hot Head Show's "Circle of Comrades" fanclub, has attended 72 showtimes as of Summer 2013. This is the only derangement to have been produced entirely within the circuits of a classic 1995 Nintendo Gameboy.
soundcloud.com/circuitsmaximus

CHBEAN 07 : TEN's very own BRAINDEAD COLLECTIVE is an Oxford/London kraut-jazz-drone experiment featuring members of Guillemots, Acoustic Ladyland, The Epstein, Keyboard Choir, Hot Head Show and others. Led by eccentric publicist Sebastian Reynolds, BC's unofficial tenure as house band at The Vortex came to an end shortly after Reynolds set a grand piano on fire during a performance at the beginning of 2013.
braindeadcollective.bandcamp.com
twitter.com/Brnddcllctv

CHBEAN 08 : FRANK SOUNDS JONES is the pairing Ale$$andro and £ucash, two irreverent yet hugely influential DJs in northern Italy. Since early 2012 their local soundsystem has been the hottest party north of Roma. Whenever TEN meets them they're surrounded by impossibly beautiful women.
soundcloud.com/francesconemesi

CHBEAN 09 : Aloïs is a mystery wrapped in an enigma wrapped in a sock under the sofa. Since submitting this 3.5-minute masterpiece without warning or personal comment, he/she seems to have disappeared from the internet altogether. The email address used for the submission was registered in Switzerland, but perhaps that's all the world will ever know about Aloïs.

CHBEAN TEN : FRED ERICA is TEN's frequent design collaborator whose work includes the channels's online interfacial logistics and operational aesthetics, as well as the cover of Hot Head Show's PERFECT album. His ambition with this audio entertainment was to represent in molecular vibrations the full horror of his professional environment at TEN.
magicartland.com

CHBEAN 11 : STEVE AND NICK is a rock band comprising four rigorously attractive young men in full-time employment within the banking sector though they feel the term Bankers is outdated. We're told this derangement was produced during weekends and occasional weekday evenings over a period during which cumulatively the pro-rata net income of the band was over 23m quid.
steveandnick.bandcamp.com

CHBEAN 12 : SUPER BEST FRIENDS CLUB is the spiritual foundation of TEN, and one of its original cornerstones. All alleged connections to Freemasonry have been rigorously denied and convincingly disproved.
www.superbestfriendsclub.co.uk
-----------

Bandcamp Daily  your guide to the world of Bandcamp